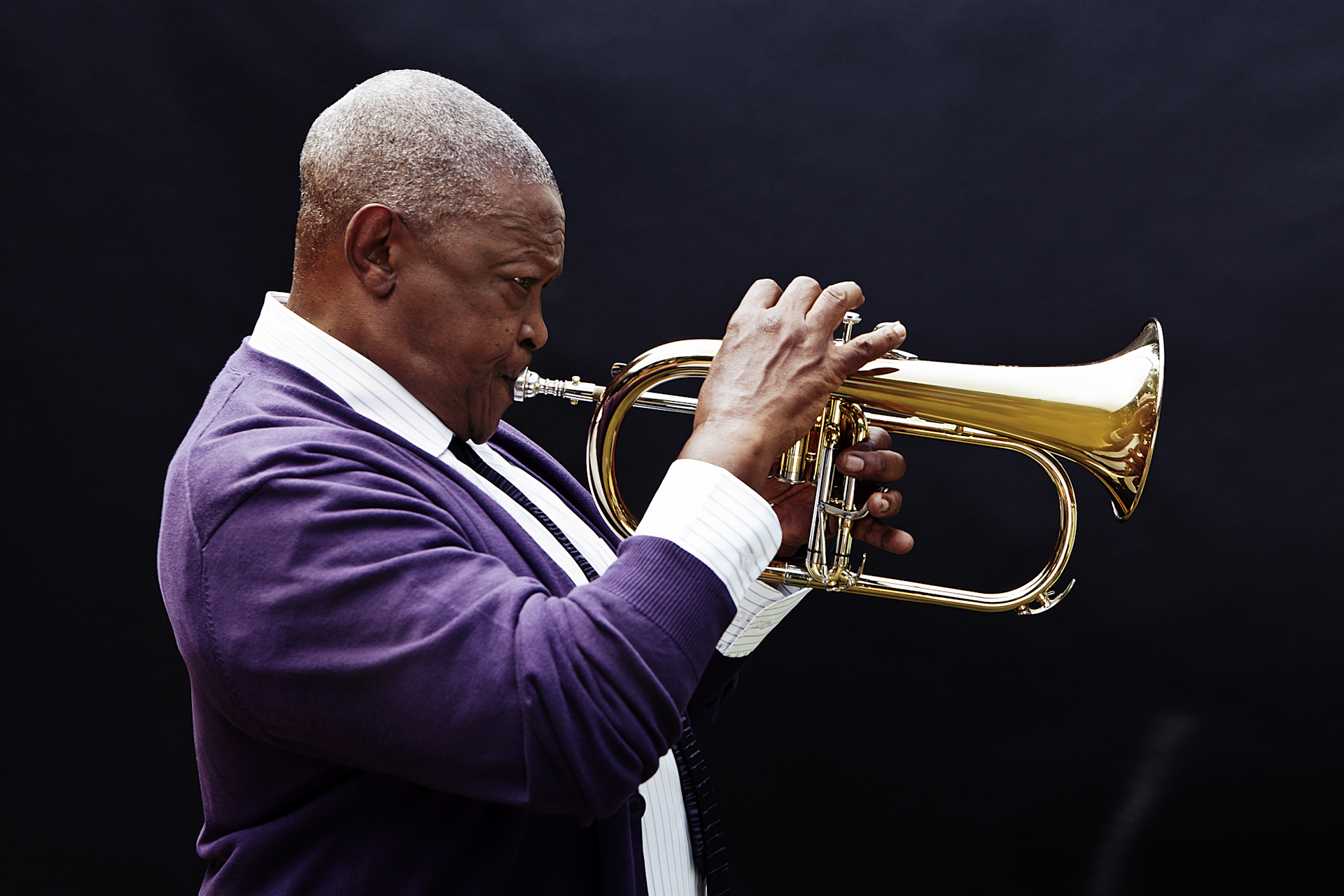 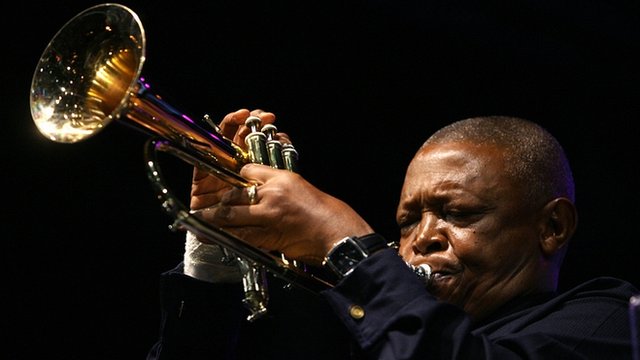 April 3 2019, Johannesburg – On the occasion of what would have been his 80th birthday, the Manhattan School of Music (MSM) and The ELMA Music Foundation, in partnership with the Hugh Masekela Heritage Foundation, will, on April 4th, announce the establishment of the Hugh Masekela Heritage Scholarship at MSM in honor of the legendary South African musician, activist and life-long advocate, and embodiment, of African identity, heritage and expression.

The scholarship will allow six South African students to pursue Bachelor of Music degrees at Manhattan School of Music, one of the world’s leading music conservatories, and Masekela’s alma mater. The scholarship, which will cover tuition and all living expenses for each of the six scholarship recipients for their full four years of study, will be announced at the Jazz Foundation’s annual gala in New York, which this year will honor Hugh Masekela’s life and legacy. Mr. Masekela, who died on January 23rd, 2018, studied classical trumpet at the MSM from 1960 to 1964.

A principal goal of this new endeavour is to ensure that the Hugh Masekela Heritage Scholarship be awarded to South African students who have faced significant social, educational, cultural, or economic challenges, and who have a demonstrated interest in the advancement of music consistent with Mr. Masekela’s legacy and vision.

“We are enormously grateful for this scholarship grant and deeply honoured to be working with The ELMA Music Foundation and the Hugh Masekela Heritage Foundation to provide an educational and musical home to six South African students whose presence at the School will stand testament to Hugh Masekela’s vision and talent,” said MSM President James Gandre. “He is one of MSM’s most distinguished alumni, and this is an apt extension of both his musical legacy and the important work that he did during his lifetime on social initiatives benefiting South Africans. The Hugh Masekela Heritage Scholars will be warmly welcomed to a vibrant community of aspiring young musicians who come to the School from 45 countries around the world.”

“We are especially thrilled to honour the legacy and work of this renowned musician and freedom fighter by establishing with Manhattan School of Music and the Hugh Masekela Heritage Foundation an important new scholarship in his name,” said Tarik Ward, Director, Music Programs, The ELMA Philanthropies. “This scholarship not only honours the great artist’s legacy but also nurtures the next generation of South African musicians and upholds his vision to preserve and promote African heritage, culture, and identity.”

“My biggest obsession is to show Africans and the world who the people of Africa really are.” – Hugh Masekela

The Hugh Masekela Heritage Foundation will work with MSM to promote the scholarship opportunity in South Africa.

To apply, students should visit apply.msmnyc.edu/apply to complete an application. Applications are accepted from September 1st through December 1st.

Issued by Dreamcatcher on behalf of the Hugh Masekela Heritage Foundation:

About the HUGH MASEKELA HERITAGE FOUNDATION

Championed by Yehudi Menuhin, Johnny Dankworth, Johnny Mehegan, Harry Belafonte, and Miriam Makeba Hugh Masekela began his schooling at MSM in September of 1960. It was at MSM that Hugh would form lifelong musical, and familial, bonds with fellow MSM students Stewart Levine and Larry Willis. Marked by the kaleidoscopic template established during his South African apprenticeship Masekela’s recording and performance career are imbued with a tapestry of diasporic African musical heritage, traditional South African music, Jazz, Brazil, Spanish Latin America, R&B, Motown, Mbaqanga, Rock & Soul, Afrobeat, and musical theatre. Beginning with the West Coast success of the East Coast live recording The Americanization Of Ooga-Booga, Hugh variously performed at the first Watts Jazz Festival, featured on The Byrds “So You Want To Be A Rock ‘n’ Roll Star”, featured at the 1967 Monterey Pop Festival, established, with Stewart Levine, Chisa, a music production house that featured the talents of The Crusaders, Letta Mbulu, Monk Montgomery, Stu Gardner, Peter Fonda and Gram Parsons; recorded the million-seller LP The Promise Of A Future, which featured the chart-topping mbaqanga tune “Grazing In The Grass”.

In 1973 Masekela embarked on an African cultural excursion that included organizing the Zaire ’74 musical festival meant to accompany the Rumble In The Jungle, performing at various African state fund and consciousness-raising events including FESTAC ’77, composing and producing Miriam Makeba, most prominently her 1978 Country Girl LP release, and producing 6 seminal works, in a unique musical idiom that would long be featured in his performance including, ‘Ashiko’, ‘Languta’, ‘In The Marketplace’, ‘Rekpete’, ‘The Boy’s Doin’ It’, and the audience anthem ‘Stimela’. Ever the creator in motion, the late 70’s would find Hugh teaming with Herb Alpert to produce their self-titled Herb Alpert/Hugh Masekela and Main Event Live. December 1980 would find Masekela performing a Christmas concert in Lesotho with Miriam Makeba. Recorded in Botswana in 1984, using a mobile recording studio, Techno-Bush would find Masekela back in the US dance charts with ‘Don’t Go Lose It, Baby’, held out of the top spot by Prince’s ‘When Doves Cry’. 1987 found a London-based Hugh Masekela recording Tomorrow which featured the Mandela-inspired anthem ‘Bring Him Back Home’, in the heat of the worldwide Anti-Apartheid movement. 1987 also found Hugh Masekela, along with Ladysmith Black Mambazo and Miriam Makeba as featured players on the triumphant global Paul Simon Graceland Tour. Following the first leg of Graceland Tour, Masekela was a seminal contributor to the music of Mbongeni Ngema’s Sarafina! including it’s titular song, inspiration for the character.

In September of 1990 he returned to South Africa, after thirty long years, whereupon he embarked on the countrywide homecoming Sekunjalo tour. As a now local South African artist Hugh Masekela found success with songs like ‘Chileshe’, ‘Thanayi’, and ‘Send Me (Thuma Mina)’ as well as theatre productions like Songs Of Migration. As a working musician Masekela continued to perform at various local festivals, on the African continent, and throughout the global music circuit including the US, the UK, Brazil and Japan. It would be impossible include the breadth of Masekela collaborative partners and recordings credited and uncredited, although some of these would include Stewart Levine, Larry Willis, Randy Crawford, Ivan Lins, Bob Marley, Fela Kuti, Miriam Makeba, Baobab Singers and Dave Grusin. Beloved the world-over from Stockholm to Senegal, Hugh Masekela passed on from this life on January 23, 2018.

About MANHATTAN SCHOOL OF MUSIC

Founded as a community music school by Janet Daniels Schenck in 1918, today MSM is recognized for its more than 960 superbly talented undergraduate and graduate students who come from more than 45 countries and nearly all 50 states; its innovative curricula and world-renowned artist-teacher faculty that includes musicians from the New York Philharmonic, the Met Orchestra, and the top ranks of the jazz and Broadway communities; and a distinguished community of accomplished, award-winning alumni working at the highest levels of the musical, educational, cultural, and professional worlds.

The School is dedicated to the personal, artistic, and intellectual development of aspiring musicians, from its Precollege students through those pursuing doctoral studies. Offering classical, jazz, and musical theatre training, MSM grants a range of undergraduate and graduate degrees. True to MSM’s origins as a music school for children, the Precollege program continues to offer superior music instruction to 475 young musicians between the ages of 5 and 18. The School also serves some 2,000 New York City schoolchildren through its Arts-in-Education Program, and another 2,000 students through its critically acclaimed Distance Learning Program.

About The ELMA MUSIC FOUNDATION