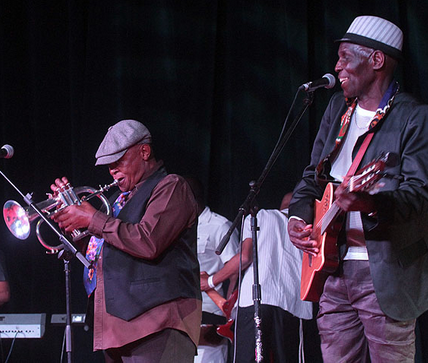 Oliver ‘Tuku’ Mtukudzi and Hugh Masekela, two giants of African music will join forces for a performance at the Cape Town International Jazz Festival taking place from March 27 to 28.

The long-time friends who are bonded by their passion for heritage restoration in Africa and their love for traditional Southern African music will re-interpret some of their best-known songs at the sold out festival.

Affectionately referred to as “Africa’s Grandest Gathering” the Cape Town International Jazz Festival is the largest music event in sub-Saharan Africa, famous for delivering a star-studded line up. The festival which is held annually on the last weekend of March or the first weekend of April boasts five stages and over 40 artistes performing over two nights.