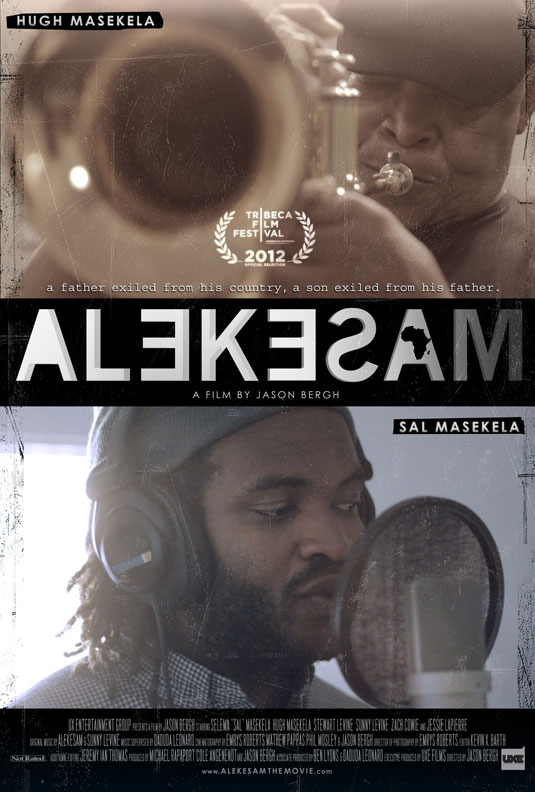 There is a lot we know about Hugh Masekela’s story – about exile, about excess, about love, about jazz – much of which has been told through his excellent biography Still Grazing: The Musical Journey of Hugh Masekela. But there is still much more to be heard and understood, which is why I am looking forward to seeing the film Alekesam debut at the upcoming Tribeca Film Festival.

It’s about the respected musician and how his exile from South Africa for over 30 years as a result of Apartheid impacted his relationship with his son, Selema Mabena Masekela, who we have come to know on TV as ‘Sal’. Masekela’s time in America saw him earn a number one hit with Grazin’ In The Grass in 1968, and Sal was born a few years later in 1971. Masekela left America – and Sal – to return to South Africa, where he would continue to play an important role in the struggle for freedom. 39 years later, the two confront the implications of the time apart that separated them, and the music that helped bring them back together.

Director Jason Bergh has said the film happened by a “beautiful, perfectly-timed accident,” in that it was supposed to be a short promo for Sal’s new album. He says it grew to become the most important project he’s ever worked on – the story of a father exiled from his country, and a son exiled from his father.

Alekesam screens at the TriBeCa Film Festival from the 19th to the 29th of April. To download a single from the soundtrack, visit here.