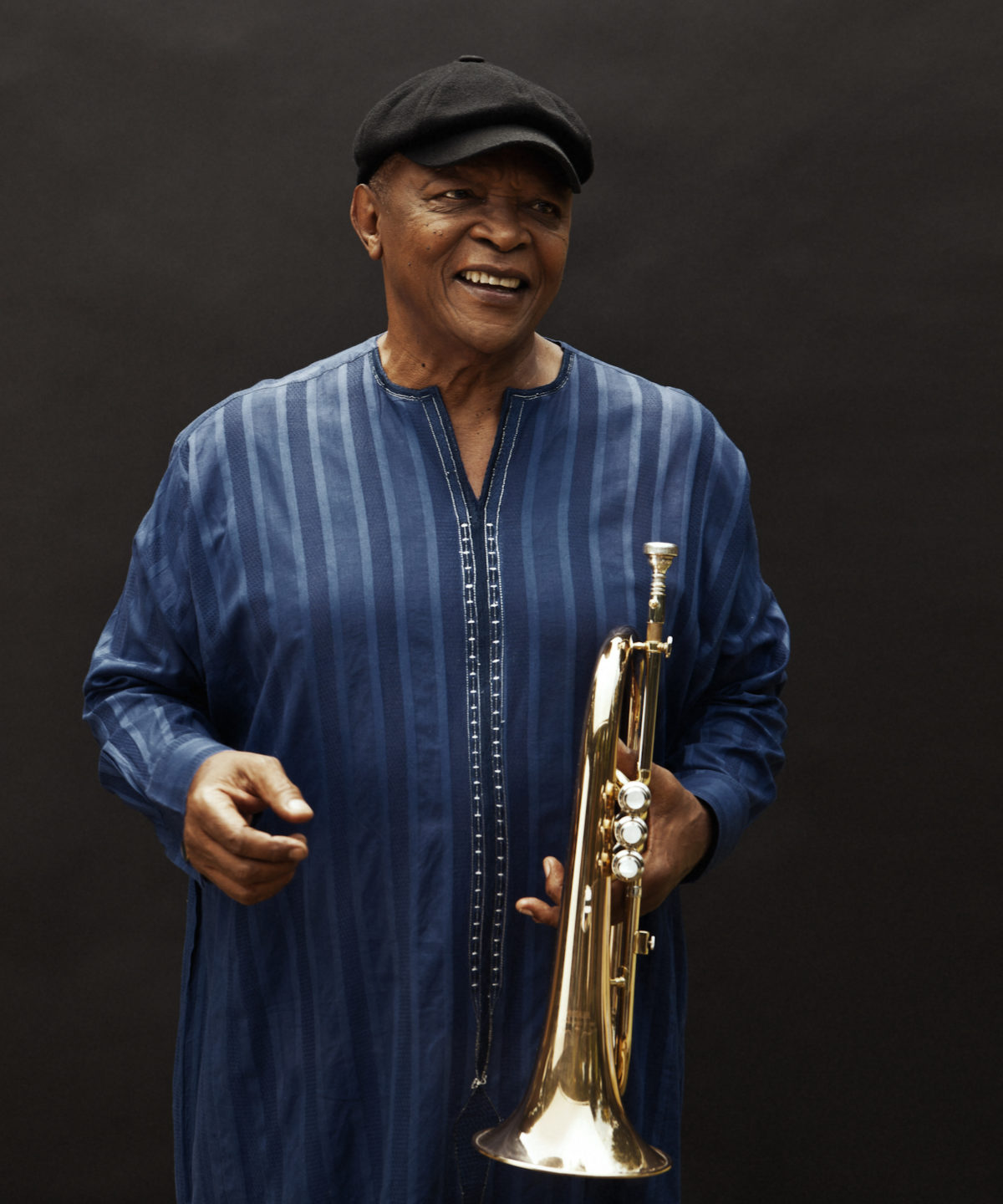 For more than six decades flugelhorn, cornet player and vocal legend Hugh Ramopolo Masekela has been producing music that feeds the soul.

From his humble beginnings in Witbank, South Africa, Hugh Masekela has not just made music for entertainment; he has been an agent of social and political change as he used his art to tell stories of pain and suffering during the dark days of apartheid. From his early career days with the Jazz Epistles to 2013 he has become a world-renowned artist, a vocal social commentator and an international icon. Hugh, affectionately known as Bra Hugh, is one of the few African artists to get mention at the Grammy Awards, when he was nominated in 1968 for the Best Contemporary Pop Performance for his album ‘Grazin’ in the Grass’.

His latest album, good-humouredly titled ‘Playing @ Work’, is a double CD offering, and Masekela’s 43rd album — and is just as fresh as his earlier work! The first disc is upbeat and opens with the track ‘Africa Hold Hands’ which is a clear and much needed call for Pan-African unity. The next track takes you on a different journey bringing in a total remake of the Bob Dylan 1965 classic, ‘It’s all over now, Baby Blues’, presenting it in his own Hugh Masekela African style. Soul Rebel is a passionate ode to a “fighter of human rights”, Bob Nester Marley and shows innovation as it fuses Afro-funk with a reggae twist.

The second disc brings in the Hugh Masekela of old; the jazz maestro who won his way into audiences’ heart with his trumpet. Featuring local artist Pu2ma on a track that was Miriam Makeba’s 70s hit ‘Soweto Blues’ was genius as she transforms it into a powerfully melodic beat. The rest of the album continues in the classical jazz tones with a bit of funk, soul and gospel thrown in for good measure.

Any fan of Bra Hugh will be pleased with this album as it shows that the musical master still has a few tricks up his sleeve and continues to make music to please.

Hugh Masekela serves as director on the board of The Lunchbox Fund, an establishment that works to ensure that school-going children in Soweto are provided a meal every day.

Hugh Masekela and Bob Dylan shared a producer (Tom Wilson) in the 1960s.