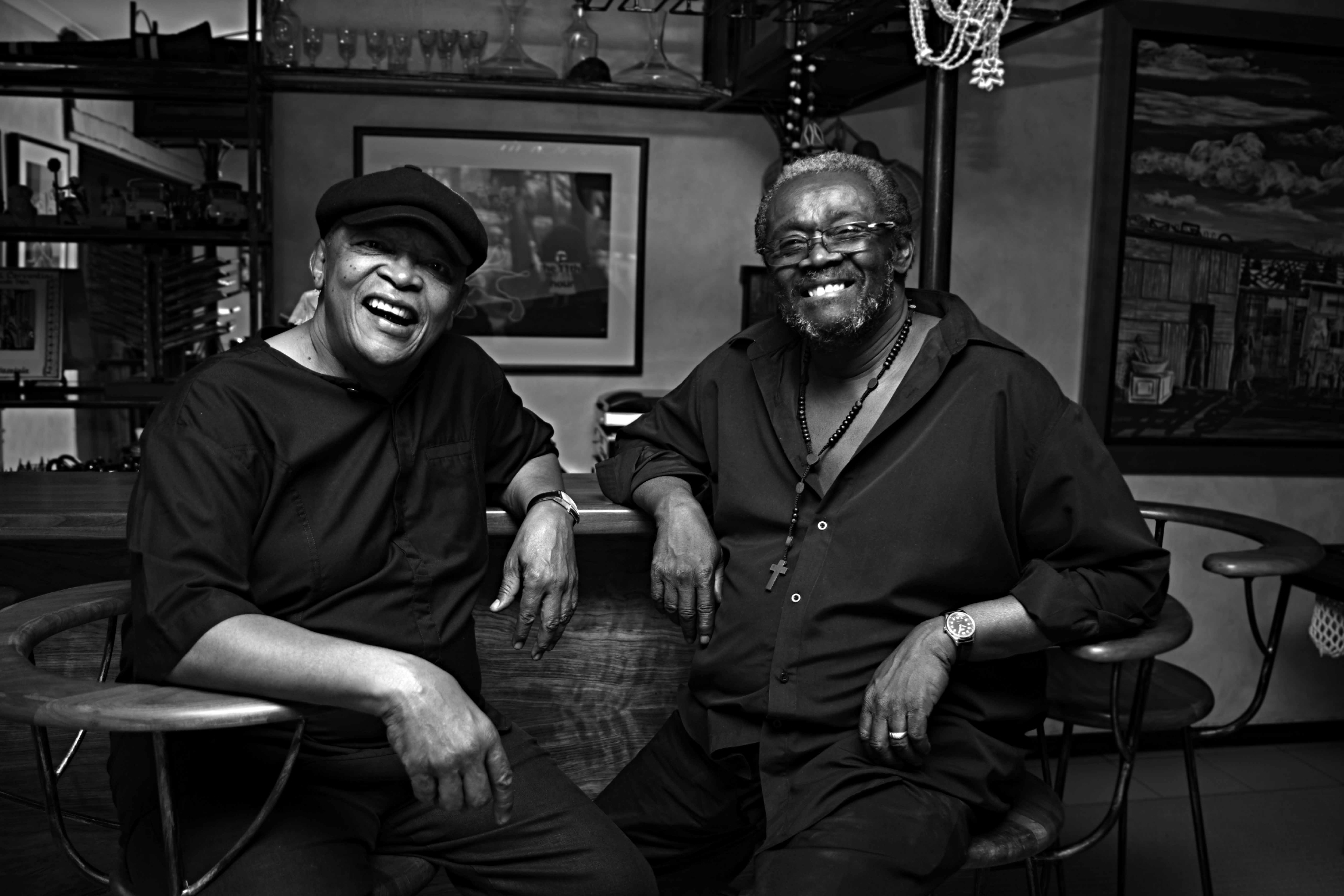 A rare opportunity to experience the intimate side of South African maestro Hugh Masekela, in a sumptuously lyrical series of duets with master pianist Larry Willis, revisiting a long friendship stretching back to their days together at college in New York in the 60s.

Hugh Masekela, one of the most important figures in South African music, is also one of its biggest personalities, who has been performing, recording, and fighting apartheid for over five decades, and has worked with the Who’s Who of South African and international musicians.

“A musician of phenomenal grace and power; intricate and fiery on flugelhorn and still blessed with a voice that can strip the leaves from the trees.” The Independent

Larry Willis has long been a force on the New York jazz scene. His bold, frenetic, and ambitious playing found a home in the free jazz scene and also landed Willis recording dates with Lee Morgan, Jackie McLean, and Stan Getz. A long-time devotee of Herbie Hancock, Willis later moved into jazz-rock and fusion, and joined forces with Hugh for their celebrated earlier coalition, Almost Like Being in Jazz.

Their new release Friends is a masterpiece of chamber jazz combined with the sheer exuberance of the Masekela style. These concerts, based on the music of the Friends album, showcase the virtuosity and immense emotional capacity of both artists.

The London show has been moved from the Queen Elizabeth Hall to the Royal Festival Hall because the QEH concert was completely sold out.

London-based performance poet, writer and musician Zena Edwards will be playing an opening set on all these dates, premiering a new work commissioned by the PRS For Music Foundation’s Women Make Music fund.

“Zena fuses the raw elements of urban experiences and expresses them through individualised rhythms of hip hop and jazz.” BBC Radio 1