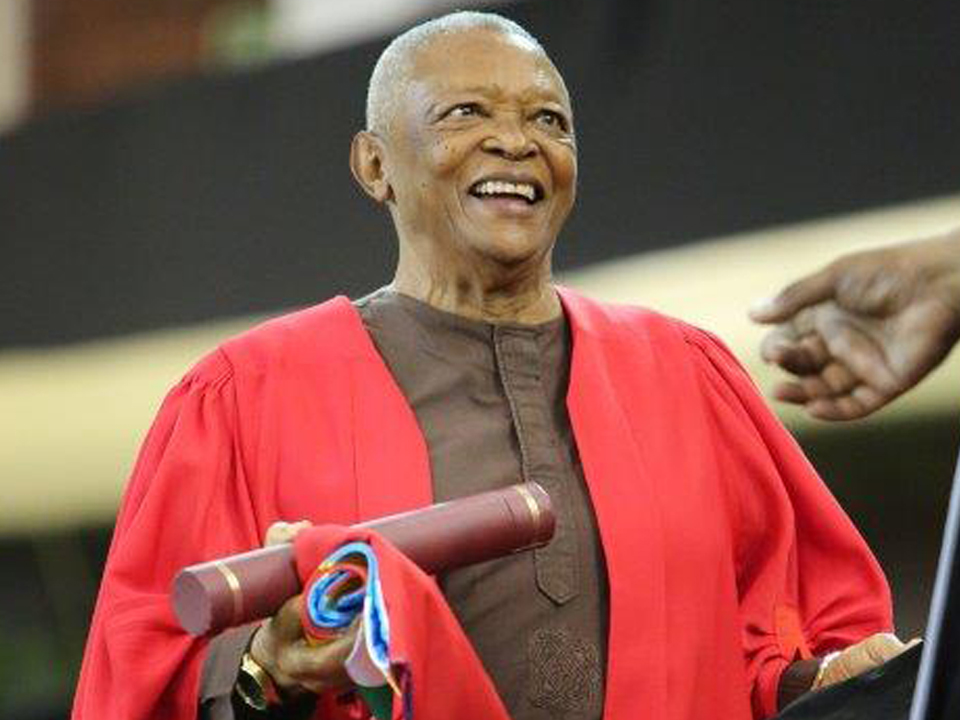 Dr Naidoo is the launch director of the Pan African social movement, Africans Rising for Justice, Peace and Dignity.

Masekela was honoured during a graduation ceremony of the College of Humanities. He is a popular African music legend whose campaign through music has contributed to the fight for a free South Africa.

Masekela is a world-renowned musician and a political struggle icon. He has mentored a generation of producers and musicians who have contributed to the teaching and practical knowledge of jazz and popular music in South Africa and globally.

He says mother tongue-languages should be prioritised.

“As you open a new door to the rest of your lives, I request you to consider a number of issues that pertain to restoring excellence of African heritage back into our lives without abandoning the best elements of what we inherited from the western world. Volumes of African language, history and literature books lay covered with dust and ticks in basements and warehouses all over the continent and parts of Europe,” says Masekela.

“Many things must fall in South Africa not just fees, many things because I think that we have to recapture what was fought for and what many people died for in this country.”

Meanwhile, Dr Kumi Naidoo who has been recognised for his contribution to the South African struggle for democracy has condemned violence.

Naidoo says people in rural areas are still lagging behind in terms of service delivery which leads to community protests.

Naidoo, who was also active in the struggle against apartheid in South Africa during his student years, has called on young activists to speak up.

Naidoo and Masakela say they are humbled at being recognised by academia for their contribution to South Africa’s struggle for freedom.