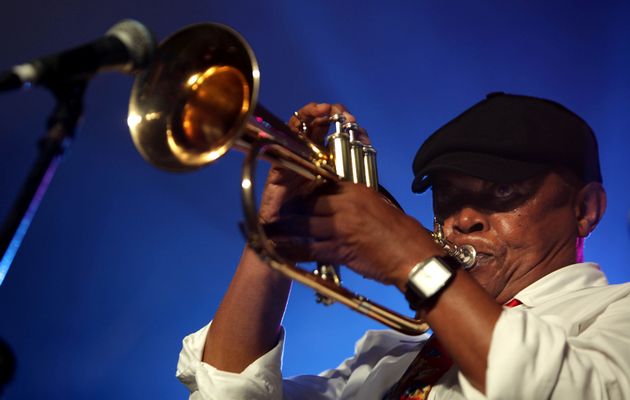 Veteran trumpeter Hugh Masekela followed in Archbishop Desmond Tutu’s footsteps in being honoured with a “Keepers of the Flame” award at the African American Church Inaugural Ball on Sunday night.

The event – to honour Barack Obama’s re-election as US president – follows the one in 2009 when Obama assumed office.

Masekela performed a musical tribute to former president Nelson Mandela at the black-tie event held at The Grand Hyatt in Washington.

The event’s programme read: “Hugh Masekela is a world-renowned musician, composer, and a defiant political voice who remains deeply connected to his homeland and the world.

“The agony, conflict, and exploitation South Africa faced during the 1950s and 1960s inspired the world. Masekela is known for his musical mix of jazz, bebop, funk and Afrobeat. He has won numerous awards, made countless records and established himself as a towering musical presence.”

The event was themed “Lift Every Voice and Sing”.

The Rev W Franklyn Richardson, who is the chairman of the Conference of National Black Churches, hosted the event.

Journalist Roland Martin tweeted yesterday: “Just got a wonderful word of encouragement from South African artist Hugh Masekela! He said I have lots of fans in the Motherland! #honored [sic].

“Masekela said to always speak truth on @cnn and don’t stop fighting. We need your voice to speak to the world. I was touched by his words .”