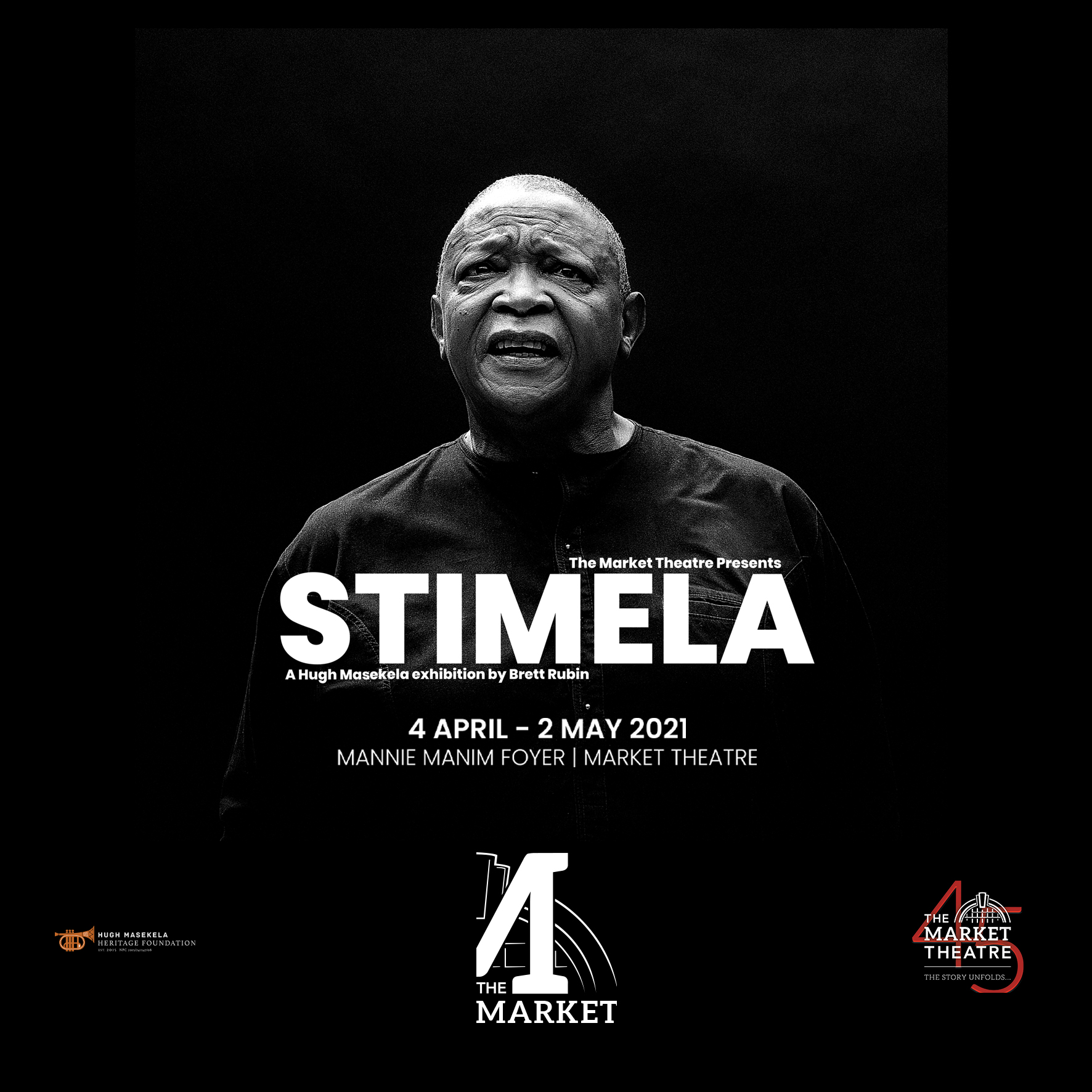 The seminal Hugh Masekela song Stimela (The Coal Train) forms the basis of this posthumous exhibition celebrating the life and works of Hugh Masekela.

Stimela, with its stark and visceral lyrics is one of the pinnacles of Masekela’s contribution to South African music and culture, and according to Andries Bezuidenhout, a professor of developmental studies at Fort Hare University, reminds everyone that South Africa’s wealth and infrastructure was built on the back of labor from all over Africa. They were the force that modernized the country.

The emergence of modern South Africa came about as a result of the discovery of diamonds and gold, and the need for cheap labor to extract metals from the seams that ran through the Witwatersrand’s rock formations. The exhibition imagines this world so graphically portrayed by Stimela, set in the treacherous conditions of the brutal and dangerous South African migrant labor system that relied so heavily on the coal trains to bring and send back the cheap labor central in the development of Johannesburg’s vast mining and mineral extraction wealth accrued during Apartheid.

Masekela has commented that the “train was South Africa’s first tragedy.” His words express the pain of exploited mineworkers, and the separation and loss of family members who sometimes never returned home from work as a result of death or finding another loved one. According to Johannesburg-based art historian and writer Percy Mabandu, ‘Stimela is an ominous delineation of the dramas of economic displacement in all their dreaded glory. In Masekela’s languid libretto, the train is a cold and monstrous thing. He links it to the loss of land, home and livestock for the migrant mineworkers. By the time Masekela reaches for his horn to serve his melodic statement, the song begins to shore up the coal train as the handmaiden of the colonial assault. A lamentation!’

Born in the coal-mining town of Witbank (now Emalahleni – place of coal), a hundred miles east of Johannesburg, Masekela’s hometown harbored a large conglomeration of migrant laborer’s from Angola, Mozambique, Malawi and many other parts of Southern Africa.

During his childhood, Masekela’s Grandmother ran a Shebeen where miners would spend their weekends drinking and telling their miserable stories of the underground life in the mines.

This was a story of cheap labor demands and the intervention of colonial administrations and armies across southern and Central Africa. They dispossessed pastoralists of their land and imposed hut and poll taxes on traditional leaders so that Johannesburg could be supplied with the much needed “Black Gold”, as journalist-activist Ruth First once described the migrant-labor system.

Stimela describes what’s on the minds of mining recruits on a steam train as it makes its way to Johannesburg.

For Masekela, writing “Stimela” must have been, in part, a reflection on his own life and the pain and sacrifices endured during a lengthily exile. 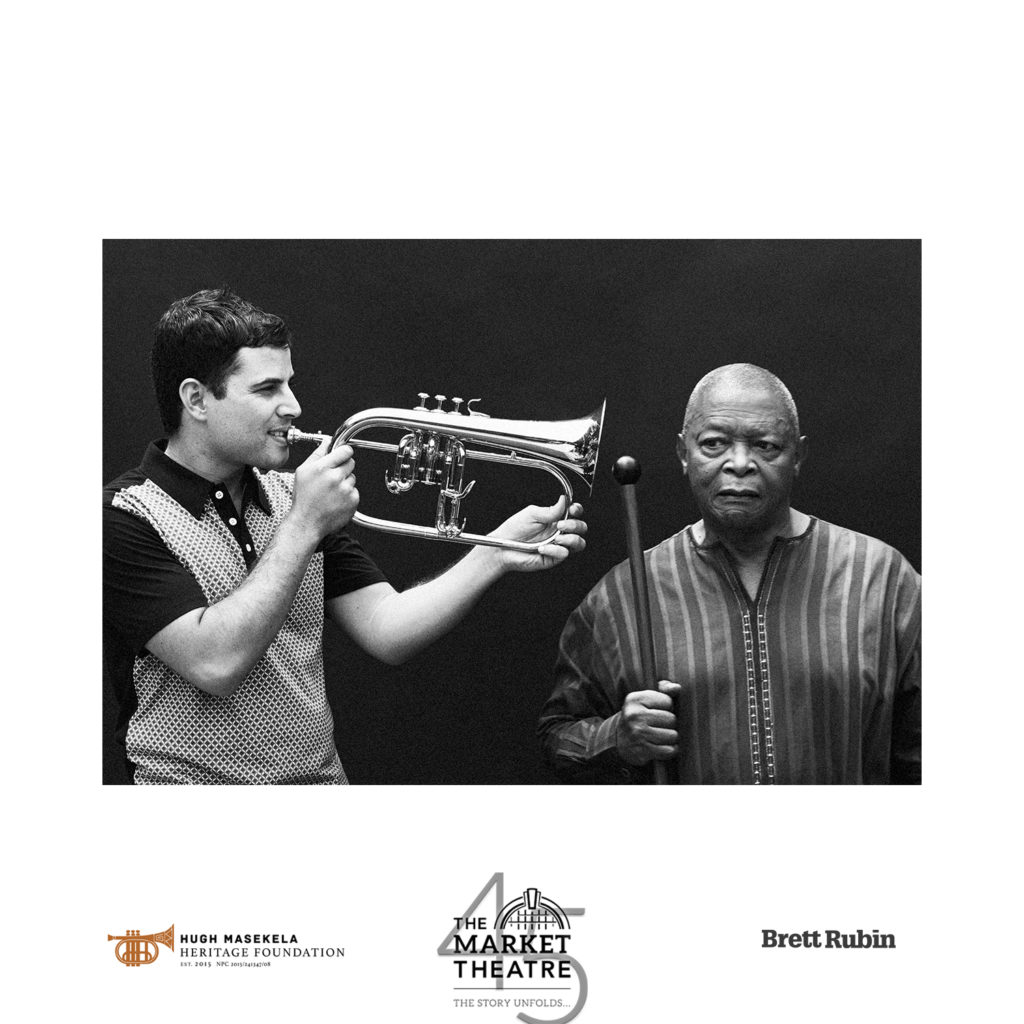 After leaving, South Africa Hugh Masekela began his schooling at the Manhattan School of Music in September of 1960. In 1968 he recorded the million-seller LP The Promise Of A Future, which featured the chart-topping mbaqanga tune “Grazing In The Grass”. In 1973 Masekela embarked on an African cultural excursion which would produce such songs as “Ashiko”, “The Boy’s Doin It”, “In The Marketplace”, “Soweto Blues” and the anthemic ‘Stimela’.

In 1987 he recorded and released the Mandela-inspired anthem ‘Bring Him Back Home’, and participated as a featured artist, along with Ladysmith Black Mambazo and Miriam Makeba on the triumphant global Paul Simon Graceland Tour. Later that year, he would be musical director on the smash Broadway musical Sarafina!.

In September of 1990 he returned to South Africa, after thirty long years, whereupon he embarked on the countrywide homecoming Sekunjalo tour. Masekela continued to perform locally, on the African continent, and throughout the global music circuit. Beloved the world-over from Stockholm to Senegal, Hugh Masekela passed on from this life on January 23, 2018.

The Hugh Masekela Heritage Foundation exists to preserve and promote African heritage and contribute to the restoration of African Identity.

Rubin (b. 1982 in Johannesburg) holds an Honours graduate degree in Film, Media & Visual Studies from the University of Cape Town (2005).

Working and assisting as a photographer in various industries, he opened a photographic studio in Cape town in 2007 until 2010. He relocated to Johannesburg in the same year and continued to work as an independent photographer.

In 2012 Rubin was appointed the official photographer for jazz icon Hugh Masekela until Masekela’s passing in 2018. Highlights of this period include photographing the final two Hugh Masekela album covers, directing two music videos (one a tribute to photographer Alf Kumalo); and having a portrait of Masekela included in the Carnegie Hall collection.

Rubin continues to consult and work closely with the Hugh Masekela Heritage Foundation.